Why I Love Berries 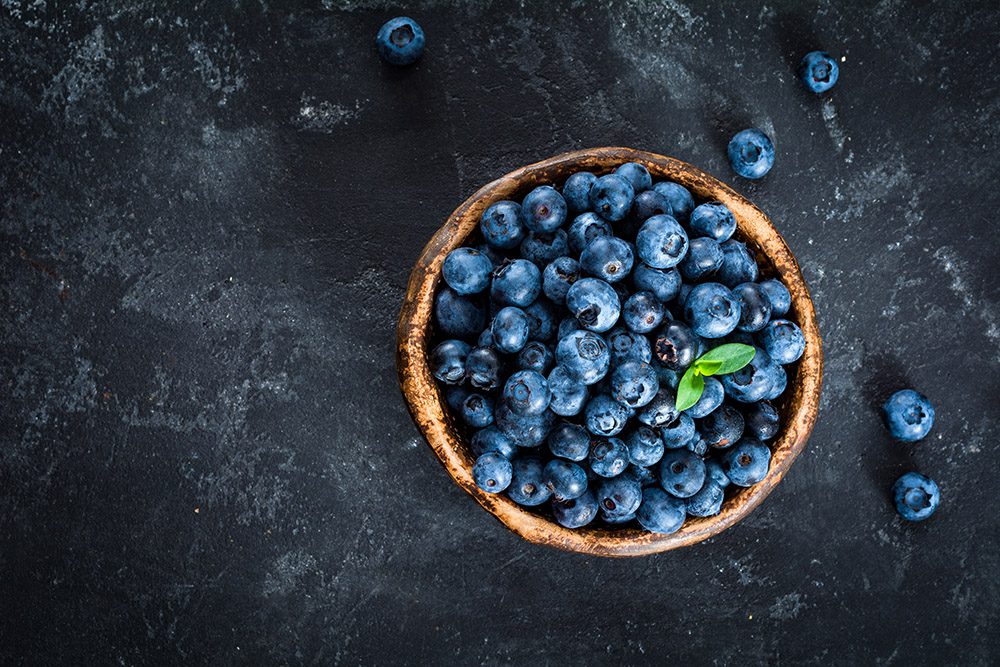 Let’s face it guys, if you’ve managed to walk into my room this year, I’ve recommended some berries to you. It’s been a very berry year for me and all for good reason. Covid-19 has brought upon the consumption of more antioxidants than ever, and berries are probably the one food, which top every Nutritionist’s list. It’s versatility and the fact that they are in season all year long, is a win- win for everyone. If there is one thing I recommend repeatedly, it’s incorporating antioxidants into the diet through the intake of colorful foods. Color has not only shown to boost our gut microbiomes, but also boosts brain health and influences happiness and well-being, which is so vital to all of us.

The health benefits associated with berries comes with its anti-inflammatory, antioxidant properties and is important as our bodies are constantly being bombarded with oxidative stress. Oxidative stress is our bodies natural response to all the chemical reactions that are happening within us, and there are billions of enzymatic reactions happening every second. Normal metabolism such as just eating, produces oxidative stress in our body. Thus, increasing our levels of antioxidants, can help combat that the negative side effects that are associated with oxidative stress, of the most vital ones being aging. 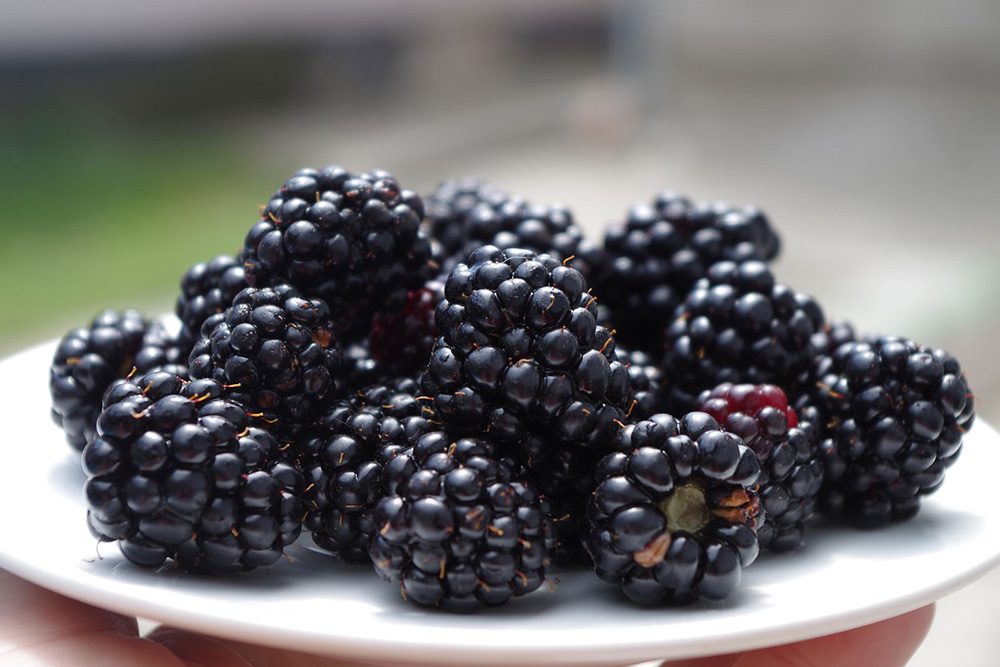 Berries have been a valuable food staple for humans long before the start of agriculture and research shows that berries may even have been a seasonal fruit dating back to the hunter-gatherer era. If it was good enough for them, it is good enough for us. Human biology and our gut microbiomes may have evolved eating this fruit which has enabled us to keep the microflora which feed off these different colored pigments. The ancient Romans believed that strawberries had medicinal properties and when it comes to food being medicine. In all honesty, our primates had it right all along. Early Paleolithic men dwelled mainly on meat, but it is believed that low hanging fruit such as berries was present from the beginning of human mankind. In our modern civilization, both in vivo and in vitro studies have shown that berries confer many health benefits, through the modulating activities of these anthocyanins.

Anthocyanins, meaning blue flowers in Greek belong to a group of phytochemicals, which are responsible for the red, blue, purple pigments present in berry fruits, vegetables, grapes and yes, red wine. These anthocyanins are popular for its pigments as they are abundantly used as a preservative and for food coloring properties. The importance of anthocyanins has gained in popularity as research has shown that they confer a wide range of health-promoting properties. Anthocyanins are considered “functional food” as they are contributed to having functional benefits at the cellular level, meaning they have the ability to change our genetic blueprint. There are approximately 17 anthocyanidins found in nature, of which only 6 are widely known. This notion leaves me to wonder about the realms of plant medicine which are yet to be discovered by human mankind. Numerous studies have now linked these anthocyanins with antioxidant, anti-inflammatory, and anti-carcinogenic properties amidst many other health benefits. These exact anthocyanins have been linked to a reduction in neurodegenerative diseases, as well as diabetes and weight loss. The highest consumption of anthocyanins comes from research from the Italians (of course) likely due to their higher intake of a Mediterranean diet, which includes berries, other red and blue fruit, and red wine. Let’s be clear here, I am not proposing that everyone starts drowning themselves in red wine as alcohol can exacerbate neurodegenerative diseases, however a glass or two occasionally wouldn’t hurt anyone for its antioxidant benefits. 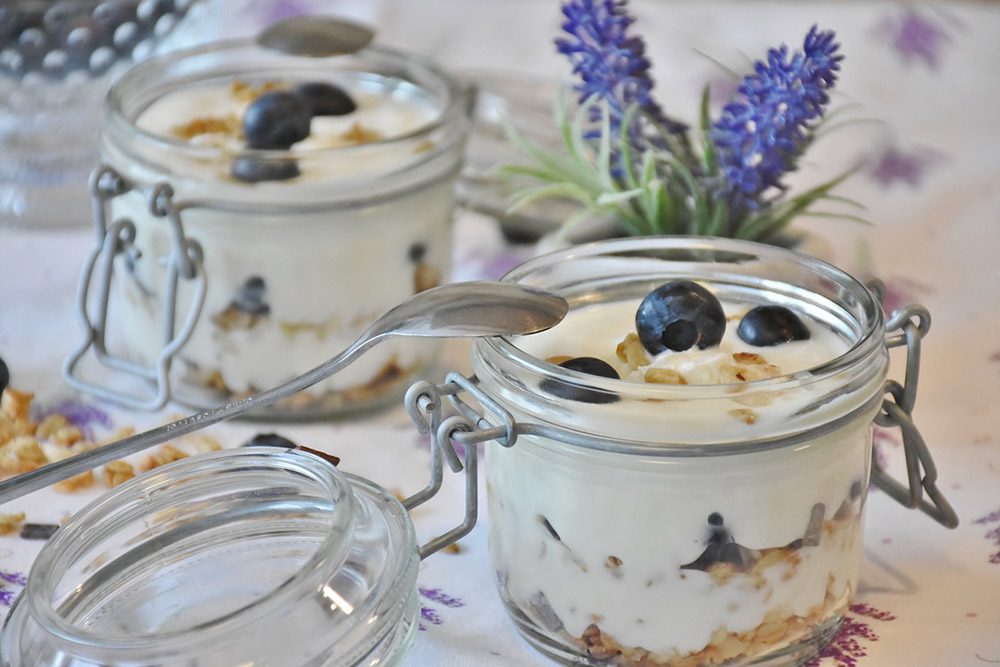 Of all the berries out there, blueberries top my list of functional foods. Blueberries contain a large amount of phytochemicals and a regular intake of blueberries has been linked with a reduced risk of cardiovascular disease, type 2 diabetes, improved weight management and neuroprotection. Blueberries have also shown to reduce arterial stiffness and reduce negative biomarkers when it comes to cardiovascular disease. In a placebo-controlled study of 58 diabetics, blueberry intake led to a reduction in LDL cholesterol, triglycerides, adiponectin, and an increase in HDL cholesterol. Additionally, blueberries have shown to induce Nitric Oxide which is a vasodilator and may contribute to the positive health benefits associated with cardiovascular and endothelial health. Anthocyanin extract from bilberry and black currant have also shown to improve insulin sensitivity, plasma lipid profile and reduced plasma markers of oxidative stress.

Additionally, Berries have been extensively studied for its anti-cancer properties, especially with Gastrointestinal Cancers. With the rise of industrial development in our modern era, food consumption has also moved away from fresh sources to more processed food which has shown an overall rise in inflammatory diseases of the Gastrointestinal tract such as Crohn’s, ulcerative colitis, and intestinal cancers. GI cancers comprise of 35% of all cancers and unfortunately there aren’t good biomarkers in pertinence to cancers relating to the GI tract.  Berries confer many health benefits within the Gastrointestinal tract (GI), mainly due to their fiber intake. Fiber within the diet has shown to decrease inflammation, mainly due to the byproduct of these fibers called Short Chain Fatty Acids (SCFA). Our gut bacteria residing in the gut metabolize dietary fibers into these SCFA’s, which are acetate, propionate, and butyrate respectively. Among all the SCFA’s, butyrate has been extensively studied for its role in the suppression of colonic inflammation, tumor carcinogenesis and the ability to have neuro-protective effects. Overall, these SCFA’s have shown to not only be fuel for our colonocytes which are the cells of our gut, but also have shown to have anti-proliferative, anti-cancer, and genetic modelling properties. In several human and animal studies, the consumption of dietary fibers regularly increases the number of Bifidobacterium in the gut. In my clinical experience, individuals who show a high level of Bifidobacterium in the GI tract, generally show lower markers of inflammation in the gut i.e.., Calprotectin and pyruvate kinase.

All in all, berries confer a whole host of benefits and one of my favorite ways to eat berries is to top them on my granola or yogurt. Berries are lovely on their own but eating them with a little bit of protein helps balance out blood sugar levels. 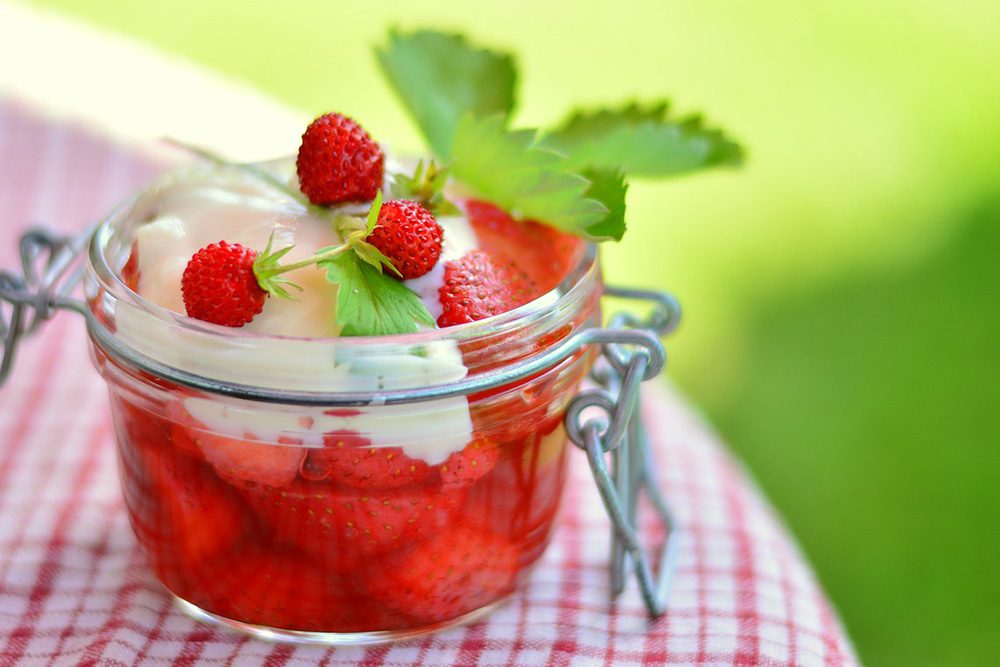